Most Popular Fetishes In The UK

When it comes to fetishes, the only thing that comes to mind is a girl tired to a wall, a tablet, a bed, and just more of the same. Bondage may be one of the most common fetishes around the world, but the truth is that there’s more to fetishes than just ropes and leather. Its such an enormous world to discover that you really need to put aside your life to traverse through the vast and never-ending surprises that fetishes hold. So, we’re here to narrow things down a bit for all you crazy people.

We scoured the web, read countless forums, took this topic up to various fetish lovers to answer the question, “What are the most popular fetishes in the UK?”. Well, here are the answers. 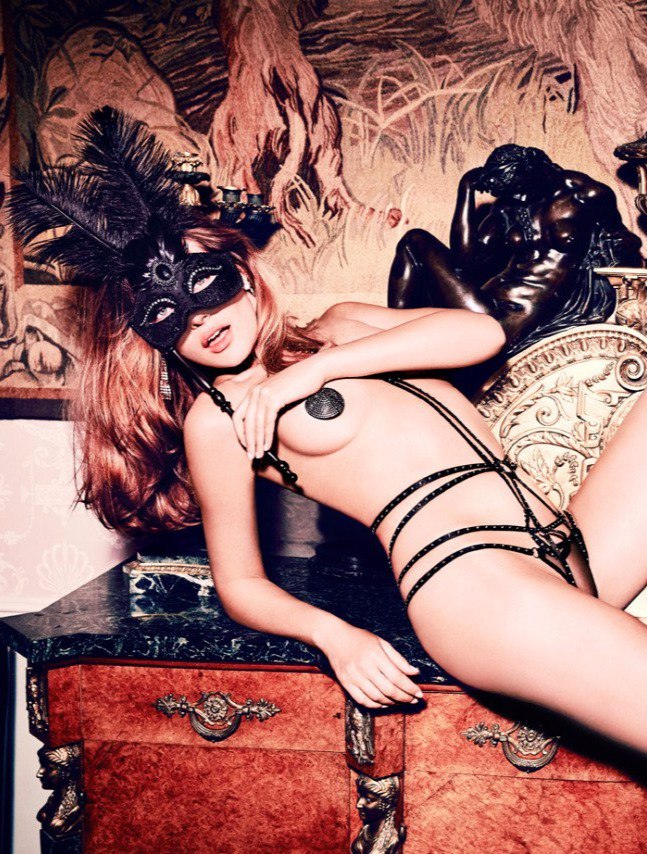 The very first thing on our list is normal when you think about it, but it’s sort of weird in terms of what’s common these days with fetishes. Basically, a fetish is everything different that you like doing during sex. And, recording yourself during sex, is quite obviously something you do during sex.

You should never abandon all care just because you trust the other person. That’s pretty much how all blackmail starts. If you feel that there may be blackmail involved later on, talk to your partner and decide that you should delete the recording right after watching it once.

So here comes the top of the food chain, the superior of all fetishes, the Fifty Shades of fetishes, bondage. Everyone knows what bondage is all about. But, in case you’ve been living under a rock, we’ll go ahead and give you all a rough overview of what bondage is.

Role-Playing is probably the finest way of inducing a fun and kinky side to your sexual adventures. You could pretend to be anything; a doctor checking on his patient, a driver being fined by a policewoman, a lady calling a plumber, etc. The possibilities truly are endless and its probably the most indulging sexual activity out there.

Usually, people are very courteous and aware of what they say and do during sex. This is because everyone wants to seem ‘presentable’ and hide some of their deepest and darkest fantasies because their partner may not be too welcoming towards them. When you indulge in something as weird as role-playing, its sort of an “everything goes” scenario. You could tap deep into your arsenal and whip out the craziest stuff you could think of. It’s the perfect way to doing what your heart desires without your partner feeling weirded out because of it. If they do stop and shout, “What are you doing?” You can merely reply, I was in character and that’s the end of it!

Wearing Latex is something that’s surprisingly common in the UK. It’s so mainstream that there are entire clubs and “cults” built just for people that fantasize about latex. The only way to enter into these clubs is to have one specific quality; the love for latex. While inside, you’re going to witness some of the kinkiest and weirdest latex suits you’ve ever seen. From, latex cat outfits, to gas masks and entire hazard suits, you’ll see everything you’ve ever hopes for.

So, throughout this article, we’ve been talking about fetishes and exactly why people dig them. But, when it comes to latex, we don’t exactly know why people are into this one. The only reasonable explanation for that is that some people just dig it. That’s all we can say about it because of how different this fetish is. It’s similar to role-playing since it involves costumes, but it doesn’t have any other aspects of it. It’s similar to bondage because of how tight latex costumes are, but it doesn’t include anything submissive. It’s pretty difficult to explain the reason behind people liking fetishes. I guess it all comes down to the fact that latex is just a turn on for these kinds of people.

The fetish that some people adore while it makes others go “eww”. Foot fetishes involve a few different things where the common factor is always feet. Licking, kissing, massaging and smelling. Foot fetishes are also really common in the United Kingdom but a lot of you might be hesitant to practice foot fetish since it can be an awkward discussion if your partner doesn’t share your interest.

However, if you two can get into a meaningful conversation, you could convince your partner to at least try. What’s the worst that could happen? Your partner is getting a free foot massage and you’re having fun practicing with your fetish. If you’re the person on the other side, the one who’s not into foot fetishes but your partner is, try to at least hear the other person out. At first, every fetish seems weird. You don’t know what something is if you have never tried it. Who knows, once you do try foot fetish, you may start sharing your partner’s interest way more passionately.

Want to explore some of your widlest fetishes? Why not do it with an escort?