London is truly a marvel to behold for its kinky fetishes and unique establishments. There’s absolutely no limit to the amount of activities you could do for some 18+ fun in this beautiful city. It doesn’t matter if you’re just looking for a beautiful lady to spend the night with or if you’re looking for something weird that most people would never imagine doing – London will have you covered. But, if you’re new to the city and still learning the ropes of all the things to do in London, this is just the article for you. In this blog, we’re going to go over some of the best weird / non-weird activities you could do in the city. Let’s jump right into it. 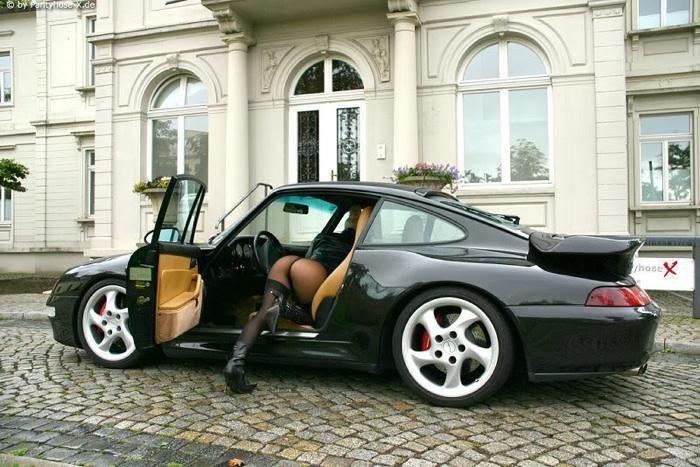 Let’s dive straight into the goodies. There are some strip clubs that are exclusive. You need to be well-connected or extremely wealthy to be able to get into them. But, then there are some that need something a little extra; a devious mind and an exotic dress. Torture Garden is one of them.

Torture Garden is one of the world’s finest fetish clubs that has been up and working since 1990. The most special thing about this club is that it clearly states that if you don’t have an absolutely stunning dress, you shouldn’t even bother queueing outside. This may seem like a bit of an overkill, but its also the primary reason to Torture Garden’s success. It doesn’t have any sleazy attendees. Everyone at that club has a refined taste and similar likenesses as yours.

Torture Garden is freaky, but it’s the best type of freaky out there. Despite what people think about the place, we can guarantee one thing – Your eyes will be feasting on a lot more than they can handle.

A place reserved for the upper class and the elite. Vanity is less of a strip club and more of a gentleman’s club. It’s luxurious when it comes to ambience, the floor is lined with dark wood, there are ox-blood leather Chesterfield sofas and amazing lighting. There’s barely any nudity in Vanity, there are beautiful bartenders, women dancing on stage and lap dances. However, none of these options include completely nudity.

We mentioned at the start that Vanity is for the upper class and we didn’t just mean in terms of taste. Vanity is expensive and not in the budget of everyone looking for fun. The place costs quite a bit for entry, drinks are expensive and dances are extra. However, Vanity does give you an amazing experience. Despite the high prices, if you’re spending money inside Vanity premises, you definitely won’t regret it.

Named after the owner, Peter Stringfellow, the Stringfellows club is one of London’s best adult entertainment providers. Even before the place was regarded for its amazing services, it got the attention of the city because of the celebrities coming there. Back in the ‘80s, it was crawling with A-list celebrities and Hollywood stars. Nowadays, it’s more like a tourist attraction for people looking to see how their favorite celebrities of the old age used to spend their time.

There’s two parts of Stringfellow, let’s first talk about the non-adult one; the restaurant. Stringfellow boasts an amazing restaurant with a fabulous dining experience and a diverse menu. Of course, there’s nothing too heavy, the company wouldn’t want to ruin your impeccable figure.

Next is the entertainment part of the place, and there’s two entire floors of it. There are VIP rooms, red rooms and rooms for groups as well. Stringfellow could also drain a spectacular amount of your wallet. Apart from the restaurant, dances can go from £25 to £200. So, make sure you come loaded, because Stringfellow will make you poor in a way that you’ll beg for it.

That’s enough of the conventional and non-weird adult places in London. Let’s kick things up a notch and step towards some weird fetishes.

Ever had a fantasy of having sex with a fully latex covered female? Well, there’s not many places in London to cater to this requirement. As a matter of fact, there’s just one; and it’s the Rubber Cult. This is the only place of its kind in the entire country and its home to just latex and rubber. Everyone from the staff to the models wear nothing but rubber. You are also required to wear a latex costume to maintain the integrity of the establishment. You don’t necessarily need to be fully covered in a rubber costume. Just a teeny tiny rubber bikini is more than enough to get you entrance into the club. Remember, rubber is necessary. Regular clothing won’t be allowed on premises.

There’s a fetish dress code, there’s no details on anything specific, but your outfit needs to be kinky to be able to gain entrance into the place. And, when it comes to the theme of the club, there’s absolutely no shortage of playfulness here. There are hospital-themed rooms, there are sex dungeons with some of the nastiest equipment you’ll ever see, there are couple’s rooms, there’s an area reserved specifically dressing gowns for some ritual type stuff. The way this place runs is also worth-mentioning. It’s not a place specifically reserved for the pros. If you’re a novice and looking to get into the world of BDSM, don’t worry. Just tell someone from the establishment that you’re still learning the ropes and Club Subversion will accommodate you accordingly.

If you’re looking for something a bit more relaxing and less hardcore, then there’s a Sub//Version 2 made just for folks like you. This is a bi-monthly gathering and is more on the calmer side of things. It’s not as brutal as it parent organization. It doesn’t even have a dress code. Decent black clothing will get you into the club.